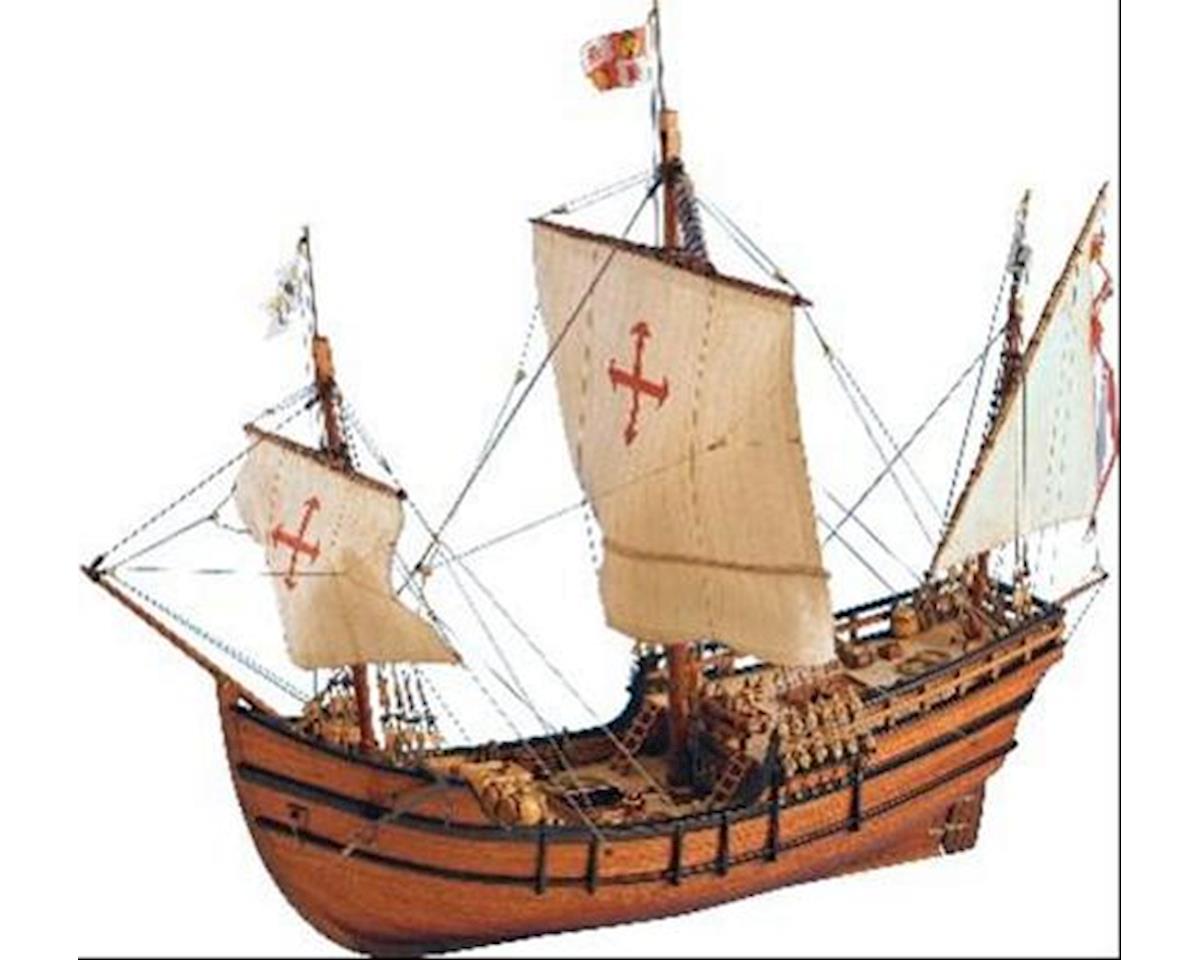 HISTORY OF LA PINTA: MODEL OF THE CARAVEL

The expedition with the three ships departed from Puerto de Palos to the Canary Islands on August 3, 1492. The sail and the rudder of La Pinta were repaired on this scale, and finally departed to the New World on 6 September. It was in October 12th when the famous Rodrigo de Triana cried « Land hot! », and it was heard from La Pinta’s ship. Later La Pinta would be the first one to arrive at an European port, reaching Bayona 1 of March of 1493.

Build your model to scale 1:65 of La Pinta, caravel of the Discovery of America. The system of assembly of the model by means of false keel and frames approximates its design to the one of the real boat.

The kit of the model contains high-precision laser-cut board parts; wood and birch veneer; numerous pieces in wood, metal and brass; high-quality brass photo-engraving pieces; Sails handsewn and ready to be placed; cotton threads; real-scale plane of the caravel; a support to expose the model once finished; and everything necessary to delight the modellers.

Also, for the assembly of the model of La Pinta you will have a super detailed step-by-step guide. So thanks to the guide you can complete your magnificent scale replica of La Pinta. This model is aimed at every kind of naval modeling lovers.